A tasty quiche with no gluten? Believe it or not, it’s possible! Even if you (like me) think the crust is the best part, you won’t have any trouble giving it up for this recipe. This Turkey and Ricotta Spaghetti Squash Crustless Quiche is perfect for brunch. 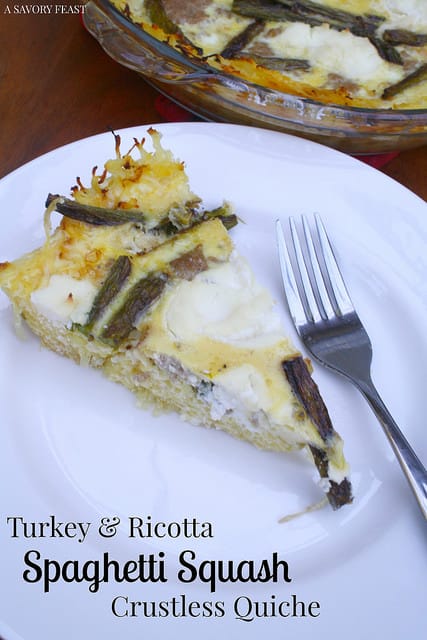 I mentioned awhile back that spaghetti squash is one of my essential cooking ingredients. We rediscovered it a few months ago when Andrew was doing Paleo for a month. Ever since, I’ve been buying at least one spaghetti squash a week.

Spaghetti squash is great a number of ways, but I especially love using it as a substitute for starches. I had seen a few ideas for using it as a crust for quiche, so I decided to come up with my own version. 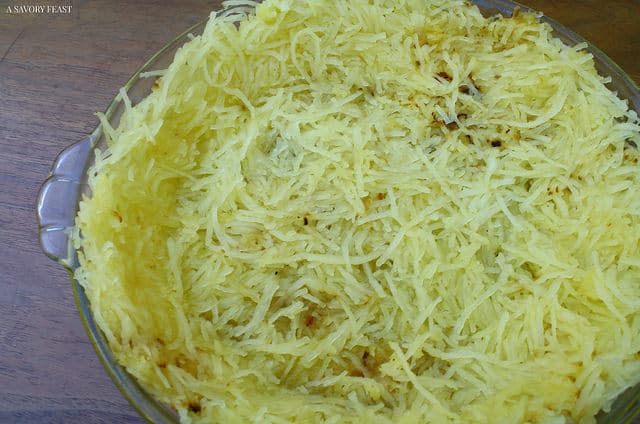 Like I said before, I love the crust on normal quiche. It’s my favorite part! So I was a little wary of a recipe that did away with it. But since I’ve been trying to avoid gluten as much as possible, I decided to give this a try.

Boy, was it worth it! The first time I made this quiche was when Andrew was on Paleo, so I just used asparagus, no cheese. I could have added the meat, but I was wanting to do a meatless meal that night. Andrew said that next time I should try adding ricotta cheese. 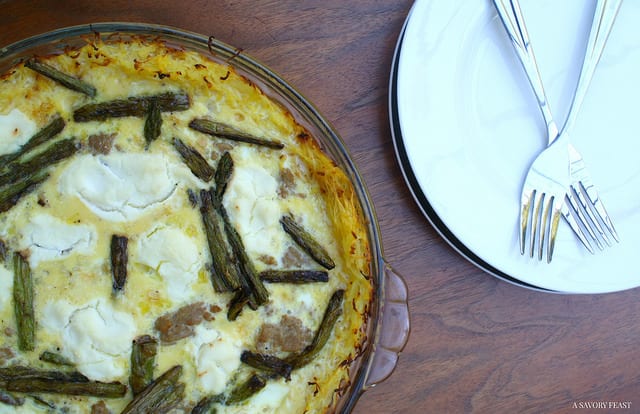 We love breakfast for dinner, so this quiche made a nice all-in-one dinner. It’s great for breakfast or brunch, too. Plus, it tastes great reheated the next day!

What is your favorite way to use spaghetti squash to replace a starch?