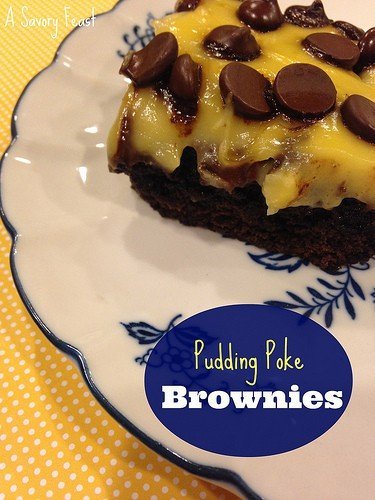 I am loving any and all recipes that dress up a cake mix, brownie mix or pudding mix! I almost always have some sort of mix in the house, so it’s an easy go-to. These pudding poke brownies combine a brownie mix and a vanilla pudding into a delicious but easy-to-make dessert.

And isn’t the name “Pudding Poke” so cute? These ended up more like a cake than a brownie. The pudding was pretty messy so I ate it with a fork. They were much richer than I expected, too. 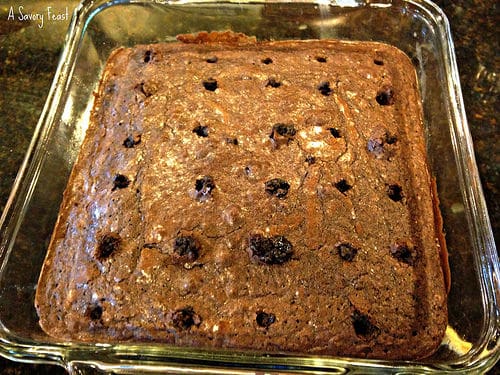 What are some of your favorite ways to dress up a brownie mix, cake mix or pudding mix?

1. Preheat oven to 350.
2. Combine brownie mix, eggs, water and oil in a bowl.
3. Grease a 8×8 pan and spread brownie mix into the pan. Bake according to directions on the box.
4. Use the round handle of a wooden spoon to poke holes into the brownies at 1-inch intervals.
5. Pour milk into a large bowl. Add pudding mix and whisk for two minutes. Pour about 1/2 of the pudding mix over the brownies.
6. Let the remaining pudding mix sit at room temperature until it thickens slightly. Frost the brownies with the pudding. Sprinkle with chocolate chips.
7. Refrigerate for at least 1 hour.

I'm Jenna. Food is my love language! I'm here to share delicious recipes to help you feed your family and friends.

Some posts have been sponsored. Regardless, I only share products I have actually used and loved! I occasionally share affiliate links in my posts. If you make a purchase through these links, I will receive a commission at no extra cost to you. 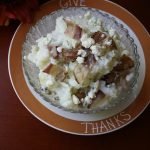