No more boring chicken recipes! This Pesto and Goat Cheese Stuffed Chicken is bursting with flavor. This colorful dish looks like it took forever to make, but is ready to eat in about 30 minutes. 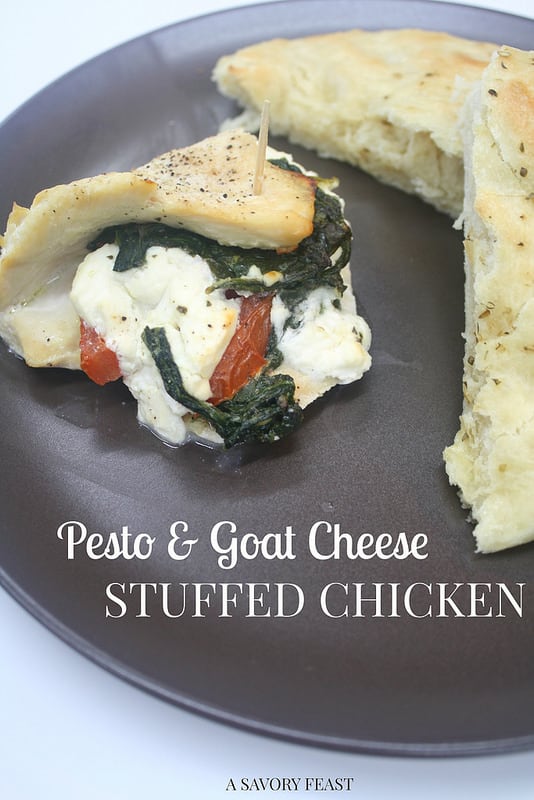 Last weekend, Mullet’s Appliances invited me to come into the store and try out their Wolf Convection Steam Oven. I put together a meal featuring this Pesto and Goat Cheese Stuffed Chicken with a side of  Sea Salt & Rosemary Focaccia. For dessert, we baked up a batch of pre-made Toll House cookies to show the versatility of the oven. 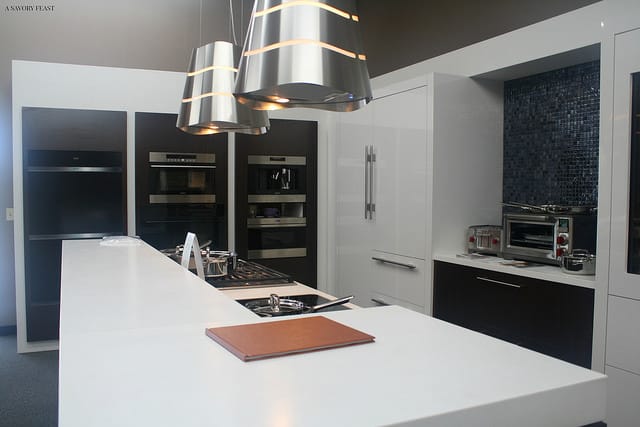 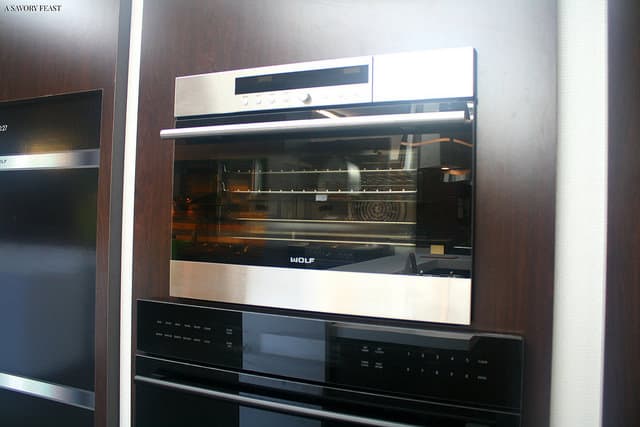 What is a convection steam oven? It uses a combination of moisture, heat and circulation to cook your food. It can be used to cook just about anything! You can also use it to reheat leftovers so they taste like they did when they were made. 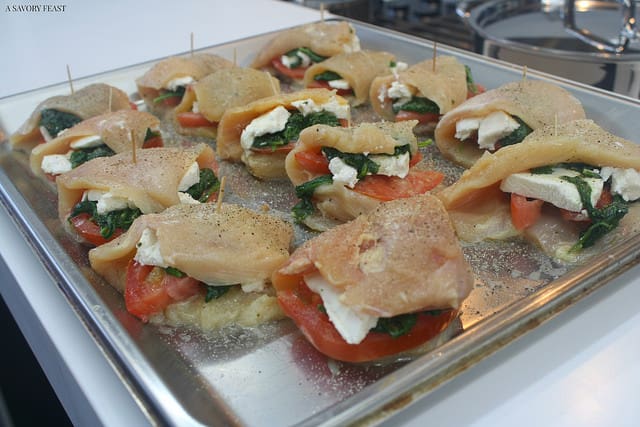 This stuffed chicken is a recipe I created a few weeks ago and have been itching to make again. I’ve always been big on recipes that use lots of different color ingredients. The more colorful the dish ends up, the more flavorful it is! 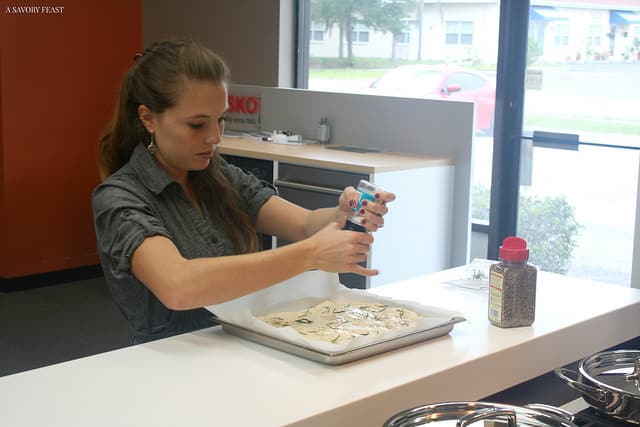 For the chicken, we used the Convection Steam mode on the oven to cook the chicken. This mode is great for chicken because it helps keep all the moisture inside. It cooks much faster than in a regular oven, but the chicken still comes out perfectly tender but crispy on the outside. 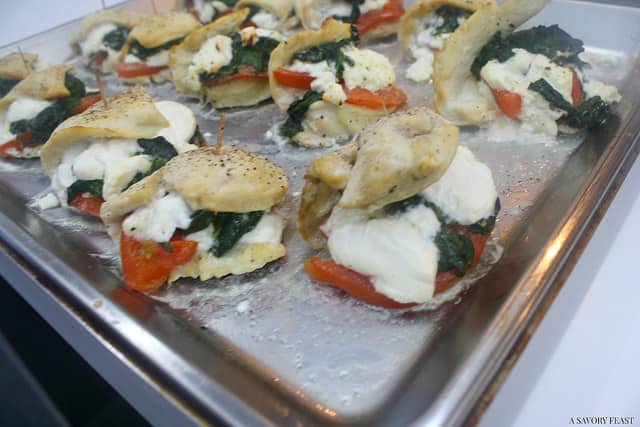 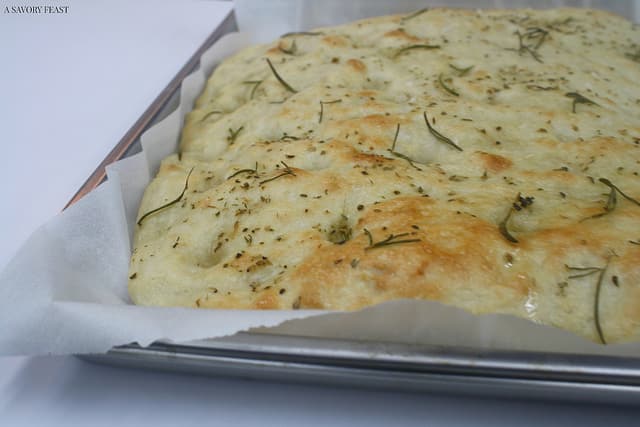 For a side, I made a delicious Sea Salt and Rosemary Focaccia. We used the Auto Steam Bake setting on the steam oven and set the temperature to 400 F. It only took 15 minutes to bake the bread. It was perfectly browned and had the most amazing texture! It was light and fluffy on the inside, with a crispy crust.

The Auto Steam Bake mode heats with steam first, and then finishes baking the food with convection. You can even use this mode to bake frozen bread with no preheat time! 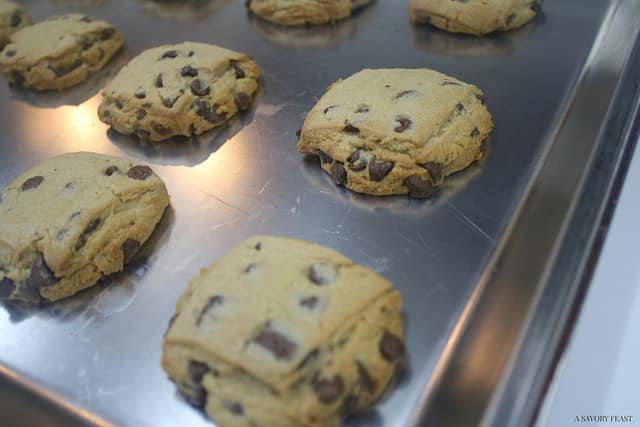 The oven can also be used as just a convection oven, without the steam. We used this setting to bake a batch of Tollhouse cookies for dessert. They came out a nice golden brown, and were absolutely delicious!

Most of the time when people think about cooking with steam, they usually assume it will only work well for vegetables or seafood, however the Wolf Convection Steam Oven has the versatility that most people can only dream of in the kitchen. You can use all your traditional recipes and adapt them to the steam oven for a faster and fuller cooking experience.

What do you think of the Convection Steam Oven? Would you use one in your kitchen?