For this over-the-top Thanksgiving dessert, I took my all-time favorite pie recipe and gave it an update. This Peanut Butter Pie with Brownie Crust is even better than the original! It’s sure to be a hit at your holiday dinner. 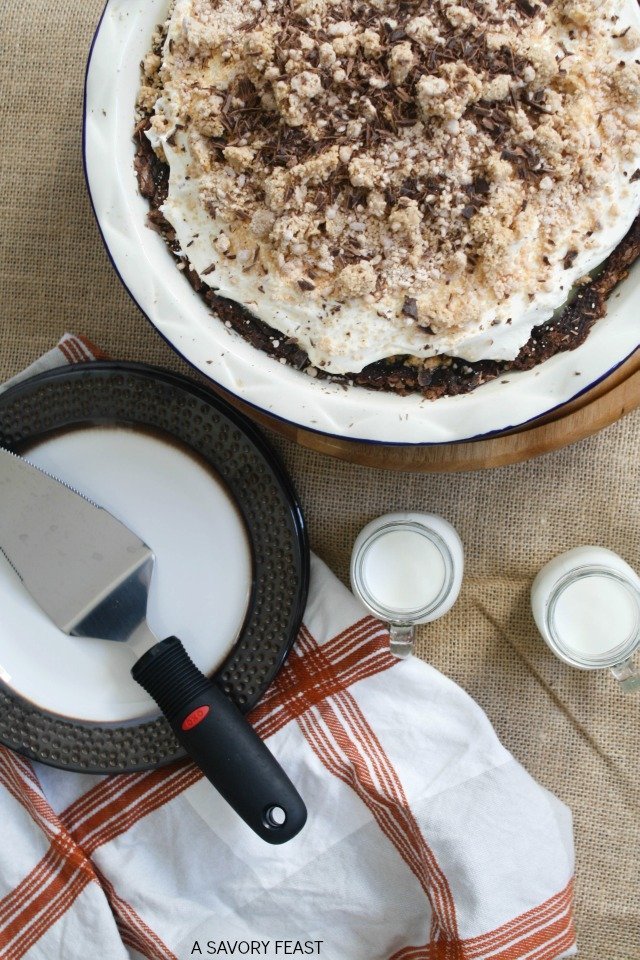 Last year I had a lot of fun participating in Blogsgiving Dinner with Meghan from Cake ‘n Knife and Susannah from Feast + West. This year we are back again, and there are more than 60 blogs sharing recipes this week!

Blogsgiving Dinner is a virtual gathering to celebrate Thanksgiving, based on an old-fashioned potluck dinner party. Each blogger is bringing one or more dishes to the party, so be sure to stop by each one and get some ideas for your own Thanksgiving meal. We’ll be posting to social media with the hashtag #blogsgivingdinner, but you can see all the whole menu in Part 1 and Part 2 of the recipe round-up.

Like I mentioned before, peanut butter pie is my all-time favorite. However, I always thought the crust was lacking something. A regular pie crust was just too boring!

So I decided to take it to the next level and try making a brownie crust. Game changer! A little chocolate made a big difference. 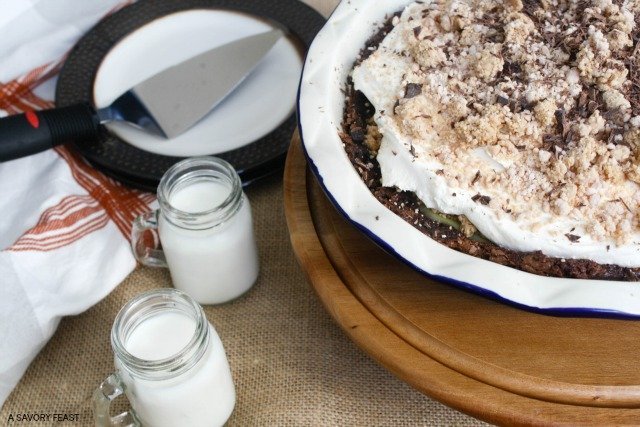 This pie was just so photogenic! I couldn’t stop snapping photos of it. Be sure to take some pictures of yours, too! You can upload it to Instagram and tag @asavoryfeast so I can see your creation!

I didn’t think peanut butter pie could get any better, but @aSavoryFeast proved me wrong with her BROWNIE CRUST!! 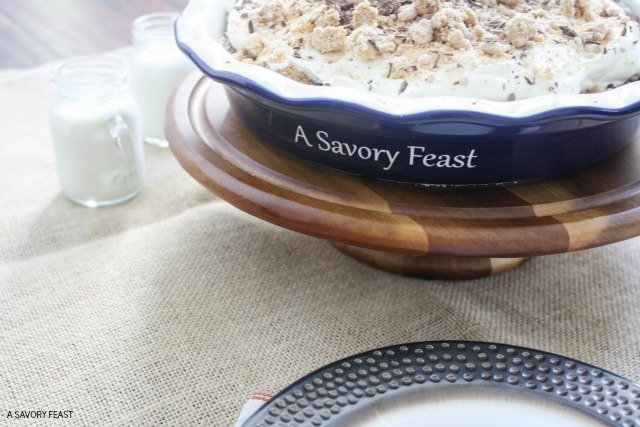 Don’t you love my personalized pie pan? Personal Creations sent it to me to test out and tell ya’ll about! I think it’s super cute and it worked great for making this pie. It makes a great holiday gift! 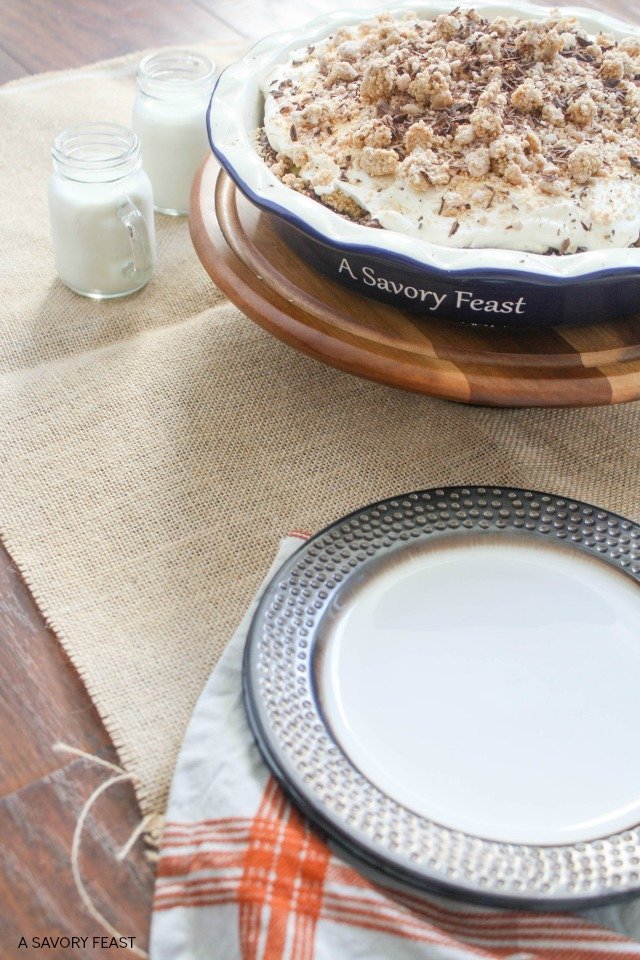 For the brownie crust

For the brownie crust

Have you tried making a pie with brownie crust before?