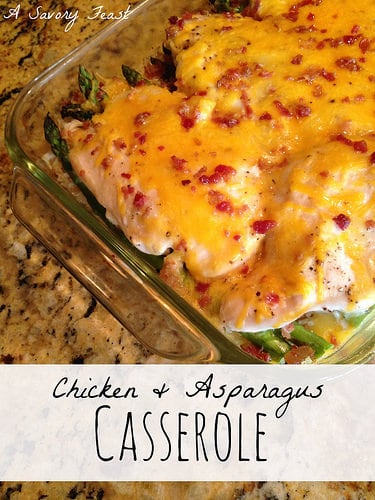 Casseroles are probably one of the greatest inventions when it comes to cooking. Throw all the ingredients into a pan and bake. You end up with a delicious comfort food and when you are done, there is only one pan to clean.

Asparagus is one of my favorite vegetables at the moment, so I’ve been trying to figure out more ways to incorporate it into different dishes, instead of just using it as a side dish. My latest success was this Chicken & Asparagus Casserole.

I layered rice, asparagus, cream of chicken soup and chicken in a pan. I had some shredded cheese and bacon bits leftover from another recipe, so I added them on top. Bacon bits are now one of the ingredients I try to keep in the house at all times, because it can be added to all sorts of recipes. 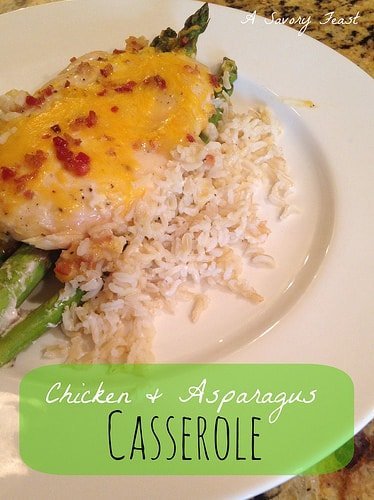 Do you have any other ideas for ways that I can use asparagus? I would love to hear them! Leave a comment below, I love hearing from my readers!